Recently, I had the pleasure of putting this system together. It's not often I get to build something better than what I personally use. Needless to say, I think the result wasn't too shabby...

Even with the release of AMD's Ryzen, the Intel Core i7-7700K remains the king of gaming CPU's. It does lose out on some multitasking performance, but my argument has always been to get the best CPU for the task you will notice its performance for most. That is to say, not many people are going to notice how much faster a Ryzen CPU is helping them run background tasks as opposed to the straight up brute force of an Intel 7700K CPU while they're gaming.

My choice of motherboard brand is always going to be ASUS first. I don't think I've ever had to return one before so it's an easy choice to make. This one allows for some nice RGB lighting effects using the free ASUS Aura software plus additional headers for LED Strips should you want to add them later.

Likewise, I have very few DOA Corsair RAM units so I will always use them over other brands like G Skill or Kingston. We've gone for 3000MHz sticks here as a compromise between the cheaper 2400MHz sticks and the more expensive 3200MHz variants. RAM speed hasn't added a huge amount to performance in the past, but only now are we starting to be able to take advantage of it.

As many of my clients would have heard from me, I don't believe any computer/laptop should be sold without an SSD in this day and age. For decades, mechanical Hard Drives have been the main bottleneck of computers. An SSD almost completely solves this problem and allows the rest of the hardware to perform as it was intended.

All my systems come with 80+ Gold rated power supplies. This one is no exception. In fact it has a higher rated Platinum model. Why? Because a cheap power supply will kill electronics faster and run less efficiently.

And lastly, to finish off a gaming system, we've added a GTX1080 graphics card. Yes, we could go up to a 1080Ti, but why when this is already probably overkill for most people and saves a lot of money? It essentially comes down to games being played and monitor size (resolution) which is why it's always important to have that discussion with the client to find out what they want to do and make sure the hardware suits. 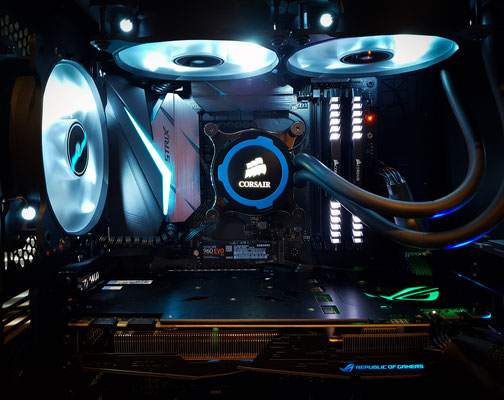 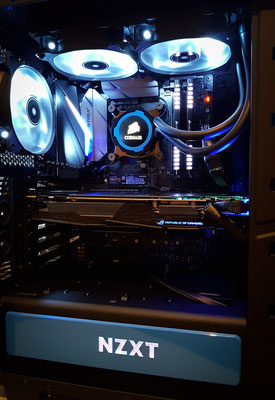 We always work towards the goal that you won't ever need us again because we thoroughly believe this is in your best interests, and hopefully we win your trust to recommend us to your friends and family.